In the heart of the historical part of Delhi, neighbouring the Red Fort, Chandni Chowk, Jama Masjid and the colonial St. James Church, Nina Kochhar offers a genuine home-stay in quiet, green, scenic, secure, low-rise surroundings  at the elite Oberoi Apartment complex, where her only guest room ensures that YOU ARE THE VIP at any given time.
www.delhibedbreakfast.com

Indians, by and large, tend to regard  white westerners (they wouldn’t differentiate them from Australians, New Zealanders or even Russians) as permissive, and therefore as automatic prey for sexual advances.  Indian women tend to regard foreign women with a degree of distrust .... for really no valid reason except that they are fair, often blonde and blue eyed.

Their very colouring is a thing of wonderment, and urchin children will follow Westerners like they would the Pied Piper;  urban, more sophisticated children would just stare, and possibly gape.  Fair of skin, light of eyes, and blonde of hair.....nothing, to us, could be more remarkable.  In fact, in India, fairness of skin is at a great premium, as can be seen by matrimonial advertisements which more often than not stipulate “Wanted, fair and homely (as different from “lovely”) bride for....” That is also why there is such a large market for Fairness Creams for both men and women in India.

Two particular things about Westerners give them the label of being promiscuous (as compared to Indians!).  The first is the clothes they wear.....bare shoulders, bare legs, and barely any clothes.  The second is their free behaviour among themselves, holding hands in public, constantly being in a tight clinch and even kissing!
On the other hand, almost every Westerner I’ve talked to on their first visit has always enquired, “Are all these men, holding hands in public, and with their arms about each other’s shoulders....are they all gay???”   No, certainly not, it’s just a free sign of affection and brotherhood!

As a result, Western women, including, I’m sorry to say, Japanese and those from the Far East, are often subjected to crude behaviour by our local yokels – particularly urban yokels.  Our yokels need the courage of numbers, and since foreigners cant understand the language, they are easy prey to men rubbing against them in crowded places, especially buses.  Women, particularly  if walking singly will definitely get followed, sooner or later, with men offering to be their guides, take them to places for special bargains, etc.  Men will often make  lewd gestures and crude remarks.  Indian men, are in fact, to quite an extent, sex starved and regard Western women easy prey, particularly as they often react very politely to strangers, and don’t hesitate to strike up a conversation – which is understandable, since they themselves are strangers in a very unfamiliar land. 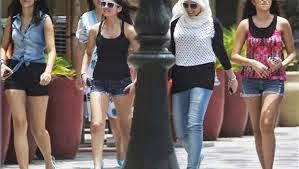 In fact, in a funny Bollywood movie I was watching, to her plea “But I love him Daddy!”, the father of the girl tells her that “love, shove” happens only after marriage, never before .(Many brides and grooms still don’t get to meet till at the wedding’s sacred fire!). He also categorically states that in 25 years of marriage, he has never yet said “I love you” to his wife! (And he looks to his wife for approval of this fact!)
In fact there are many misconceptions I personally have had of “foreigners” i.e. that they wear a lot of make up;  that they drink a lot of alcohol – both of which I found to be very incorrect assumptions.
Well, that's all for now! 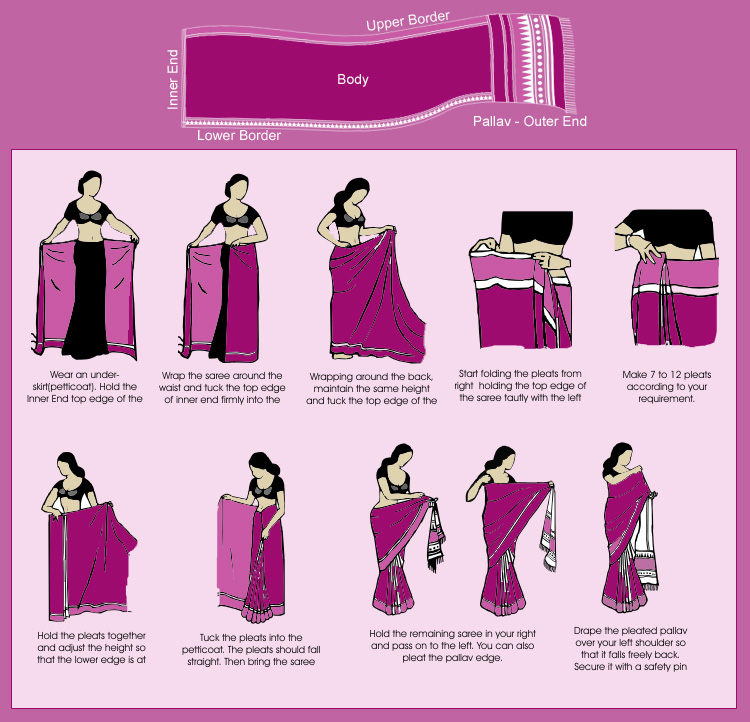 At the elite Oberoi Apartment complex, where her only guest room ensures that YOU ARE THE VIP at any given time.
www.delhibedbreakfast.com


First time visitors to India are constantly commenting on the range of our Indian clothes, especially when I am dressed in my saree.......so here is how it works!

While on training in a Denmark hotel, I’d paid a courtesy morning call to the Managing Director, ofcourse draped in my elegant grey silk saree.  From there, I was scheduled to .
work in the kitchen for the day, and incidentally as it was my first day he also invited me to lunch with his other guest,   the Countess of the Savoy Hotel in London.  He asked what clothes I planned to work in, and was quite astounded when I said the saree I was in .To their questions as to how six yards of fabric never got undone the entire day, no matter what one’s activity, I was able to show as much astonishment about the Danish Open Sandwich which could be sent as part of a picnic lunch without disintegrating!

So, how is it done?  Well, there are three distinct parts to a saree being worn.  Besides the saree, one has to have a blouse (or choli as it is called), usually custom-tailored for one’s own body size and to one’s own design.  It’s length generally finishes at the rib-cage, it’s sleeves, classically, are just above the elbow and it is fitted close around the chest.  It could match or contrast with the saree.  Most silk sarees have an attached blouse piece which has been woven on the same loom and with the same threads as the saree so that there is a dead match.   The third item is an ankle-length  petticoat, a fitted skirt, tied with a draw-string around the waist.

There is a “pallav” (pronounced “palloo”) end of the saree, and the other end.  A broad ribbon of fabric is handstitched onto the bottom edge of the saree to provide weight.  This is called “the fall”, and is bought ready-made in exact matching fabric from “fall, petticoat and blouse” shops which stock every nuance of every shade, so that the match is almost perfect.!

Leaving the “pallav” on a chair, or bed, the “winding” starts at the front centre of the skirt, with the top end of the saree being tucked in at the waist in an anti-clockwise direction.  The pallav is then bunched together neatly, taken under the left armpit, right around the bottom, emerging under one’s right arm,  and thrown over one’s left shoulder.  The length of the pallav is adjusted to the length of one’s dropped left arm, right upto the end of one’s fingers.

Returning back to centrestage i.e. the front-middle,  using the outspread left hand, the saree is pleated, then tucked into the front, with the pleats opening on the left side.  This enables one to walk, and even stride freely.  Safety pins are a great help in keeping the shoulder fabric in place.  Most Indians never use any, any, whereas models and airline crew use anywhere from 4 – 6 pins.  Be careful though, these tend to tear the fine silk fabric.

Delhi in May - Blatantly Beautiful

In the heart of the historical part of Delhi, neighbouring the Red Fort, Chandni Chowk, Jama Masjid and the colonial St. James Church, Nina Kochhar offers a genuine home-stay in quiet, green, scenic, secure, low-rise surroundings at the elite Oberoi Apartment complex, where her only guest room ensures that YOU ARE THE VIP at any given time.
www.delhibedbreakfast.com

BLATANLY BEAUTIFUL
I am referring to the colours of the hot Indian Summer.  It is definitely hot, hot, hot.  Hot weather, hot chillies, hot colours.  Masses of laburnum trees in clusters , in rows, or even esoteric individuals, dripping with lascivious yellow pendulous clusters of flowers set against tender jade green leaves.  Planted close together in many places in Delhi, their blazing basanti yellow absolutely delights the eye.  Green – the colour of golf course grass in long flat stretches, as far as the eye can see, with horizontal linear brush strokes of the brilliant gulmohor, flagrantly and shamelessly orange.   If this wasn’t bright enough, dabs of mauve are applied from the heavenly artist’s palette on candlebra jacaranda spikes. Then there are the dark, dark green mango trees (weren’t they purply bronze a month ago?) with artificial looking green paisley mangoes painted on, as in Rajasthani miniatures.  And ofcourse, rosettes of pomegranate flowers, also as in the aforesaid miniature paintings, complete with green, long-tailed parrots with red neck rings.  In a more subtle vein, the frangipani displays formal bouquets of creamy, waxy flowers merging into sunny yellow centres set among precisely oval green leaves profiled on well defined cylindrical cork-coloured branches. At night, moon spattered carpets of champa flowers aphrodasiacly intoxicate lovers with their fragrance. 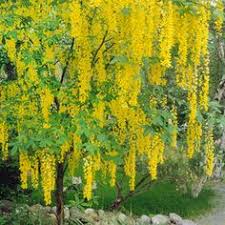 Other summer colours…if strawberries were painted by celestial artists for cooler climates, the water-melon designer was never any less, with succulent reds edged by subtle shades of pink, ensconced in bowls of cool striated green sprinkled with black designer seeds!  The peachy shades of cut musk melons, the cool light green of sliced cucumber, the gold of papayas and the mango colour of mangoes.  How can one explain “mango colour” or even a “mango shape” (not to mention “mango taste”) to a non-mango person.  Not ochre, not mustard, not any colour, except “mango”.  The beautiful safeda, the obscene totapuri and the rich alphonso.  I almost forgot leechis – the contrast of rosy, grainy, greeny outer crisp shells with the oyster textured syrupy pulp over a nut brown seed.  The designer team up in the sky certainly used “creativity” when detailing the diamond on this planet that we call “India”.
This morning, looking out of my window overlooking the Nicholson cemetery I was given another visual treat.  Perched on a tomb’s cross, with it’s magnificent back to me, wearing gorgeously glittery green, merging in glamorous design into a long flowing draping train of boldly medallioned blue – an absolute masterpiece of creation….the  blatantly beautiful Indian peacock.
Nina Kochhar